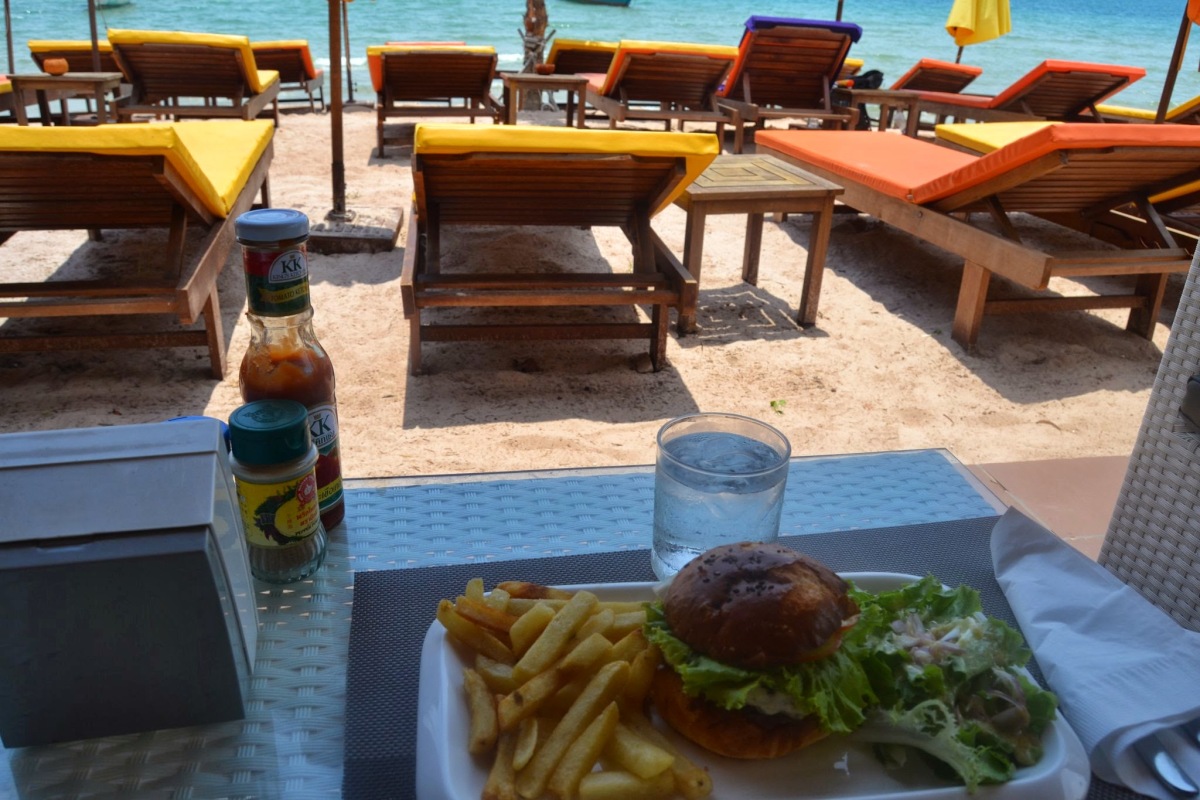 On the one street of Otres is the least crowded bar/restaurant in which I’ve ever been, Dune. There are a few French guys and some Cambodian workers here who cook up good, home-made style food. I was so relaxed I forgot to ask their names, where they were from and about the business. And I don’t think I could ask anyone else. I spent an entire afternoon and a full day at their beach-side bar and could count the customers on one hand. Perhaps it’s just their little clubhouse away from Paris or Lyon, but I was the only one there, which was just what I wanted. If you’re looking to spread out and not be bothered: Dune.

This Caesar Salad was excellent. There was just the right amount of dressing. 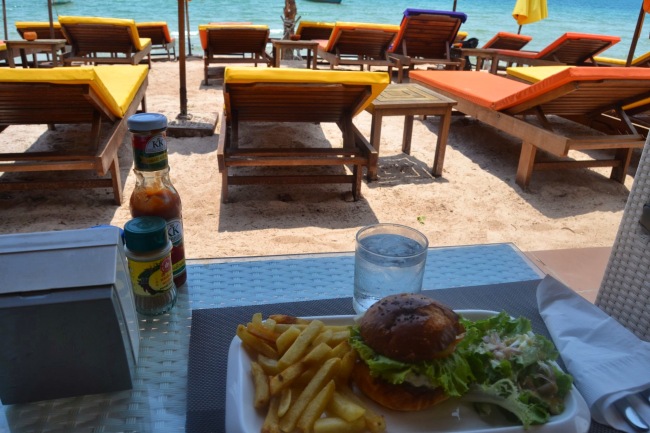 I should have guessed a Frenchman would use frozen burger patties. This wasn’t that good. But again, I must eat at least one cheeseburger at the beach. 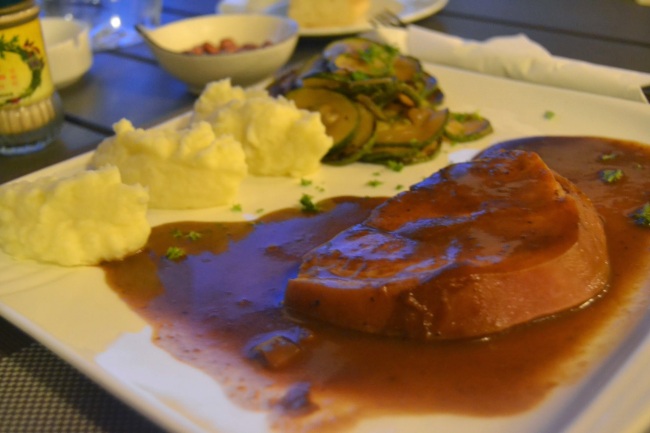 This was recommended to me by a large, shirtless French man with a flourish of kissing four fingers and letting the hand explode as though releasing a dozen fireflies. It was called Ham bone with Porto sauce. It was okay, but no flavor in mashed potatoes.

I should have tried the Nicoise salad instead of a burger. But overall, a fine place to relax with great service.

Otres Beach provided a few wonderful sunsets. Here is a small sample of slowing life down by watching the steady pace of the sun move into the next hemisphere.