There is a creepy, dilapidated park on Hanoi St. in Hue, just off the main street next to the river, where sad, old children’s rides sit unused, rusting in dementia of faded glory. Perhaps this park used to hold lots of happy times for the local children. They would ride the carousel with parents’ hands gently resting on their backs. They would wait impatiently in line for the silly little dragon roller-coaster with a 2 meter drop. They would eat soggy popcorn and sugary cotton candy and get that bouncy little step of childhood excitement.

Those days are passed, as in my two hours in as many days spent exercising here in this park saw only old men pissing on old trees, groups of old people talking about old topics, and a few young kids with parents passing through on their evening stroll. But, I did meet one family. His name was Xiyen (Zune). He started to talk to me about this and that and ask why I was exercising. He said, “You strong! Let’s arm-wrestle.” He said it in a way that I knew he was stronger than his frame suggested. We did and he didn’t win and he didn’t let me win either. We just locked arms and he’d push me to the edge and then relax. He had the rough hands and burly forearms of a lifetime laborer. My calloused right middle finger where my red pen rests as I correct faulty grammar and white board writing forearms can’t compete with that kind of natural power.

He said, “You like chili peppers?” I affirmed I liked them but not too much because then food is too spicy. “NoNoNo, like Chili Peppers…Give It Away, Give It Away, Give It Away Now!! Can’t Stop!” Another classic misunderstanding of communication. He liked American music, and a good band as well. We laughed and sang some verses together. He left with a wave and a flourish as his three nieces crammed onto his motorbike creeping into the ceaseless wave of motorbikes.

The citadel rests safely inside the moated walls of this old city. What must have been an impressively beautiful sight once, is, as most ancient things become, worn down by tourist’s feet, decades of wars and overgrown by misplaced trash. You can see the inherent beauty and try to imagine the courtyard swimming with the color of royal festivities. Entrance is about 5 US$. It is a great place for pictures and slow walking. END_OF_DOCUMENT_TOKEN_TO_BE_REPLACED

On a mix of outdoor and covered patio is a comfy little place inside the walls of the imperial city of Hue. I stopped in after a long day of cycling visiting the tombs of former Vietnamese kings. I ordered a mango juice, crispy noodles with pork and vegetables, sesame beef and the Hue “speciality”–loc. It’s impossible to ruin mango juice (unless you add sugar). The crispy noodles were like slightly saucy, lightly boiled ramen noodles among bok choy, onion, garlic and pork. I liked this one. The beef was tasty but dry. Loc turned out to be thin, gelatinous rice cake wrapped around mini prawns. They were individually wrapped in a large inedible leaf and when dipped into the chili water, they absorbed a nice spiciness. The food was normally priced. I spent 170,000 dong (about 8 US$). The waitress was friendly. The old men playing cards nearby sang along to songs from such artists as Lionel Richie, Whitney Houston and Kool and the Gang; you can probably guess which songs were playing (except Kool and the Gang, it was “Cherish”). 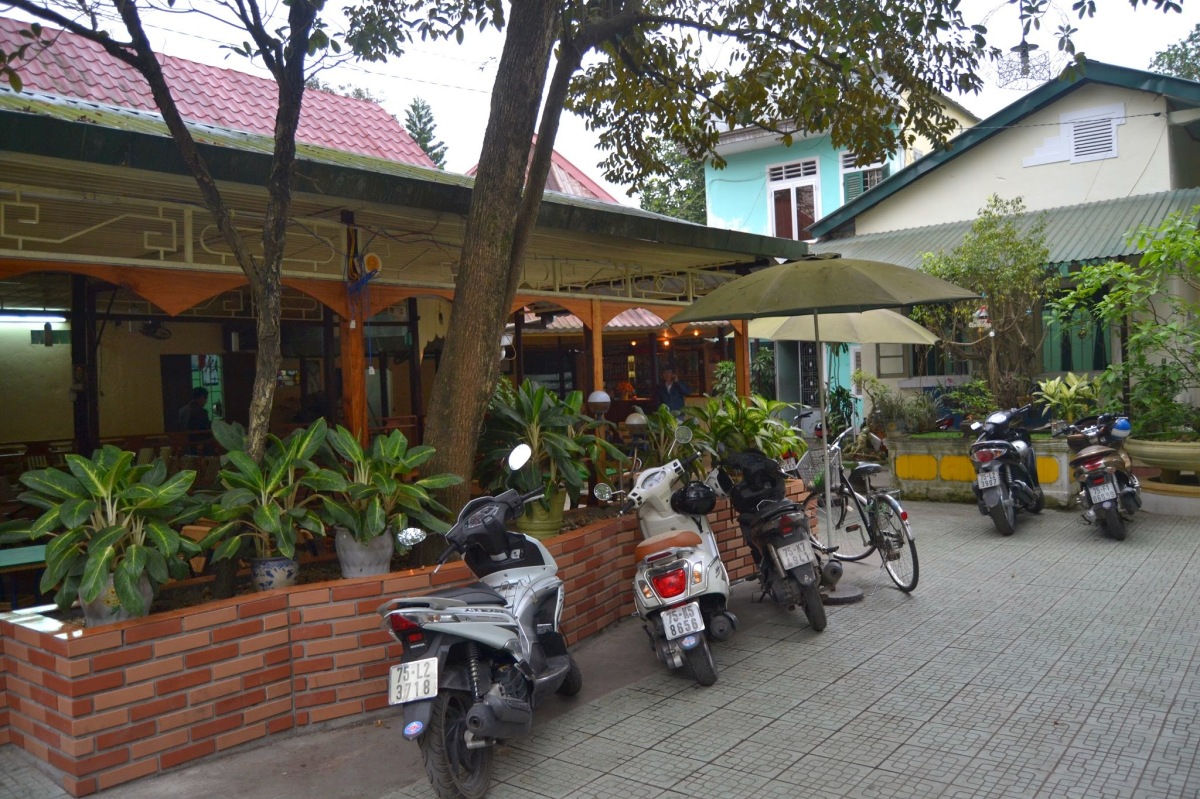 I don’t have a picture of the noodles because I was too hungry to remember.

Each of these kids’ mothers were very happy to take pictures and made them wave at me. I said Hello and Goodbye in English and Vietnamese. I just don’t know what they’re thinking. I know I look different, but it really does seem to be a mix of revulsion, confusion and curiosity. It’s not the same with adults. They’re mostly quick to return my smile with the same. 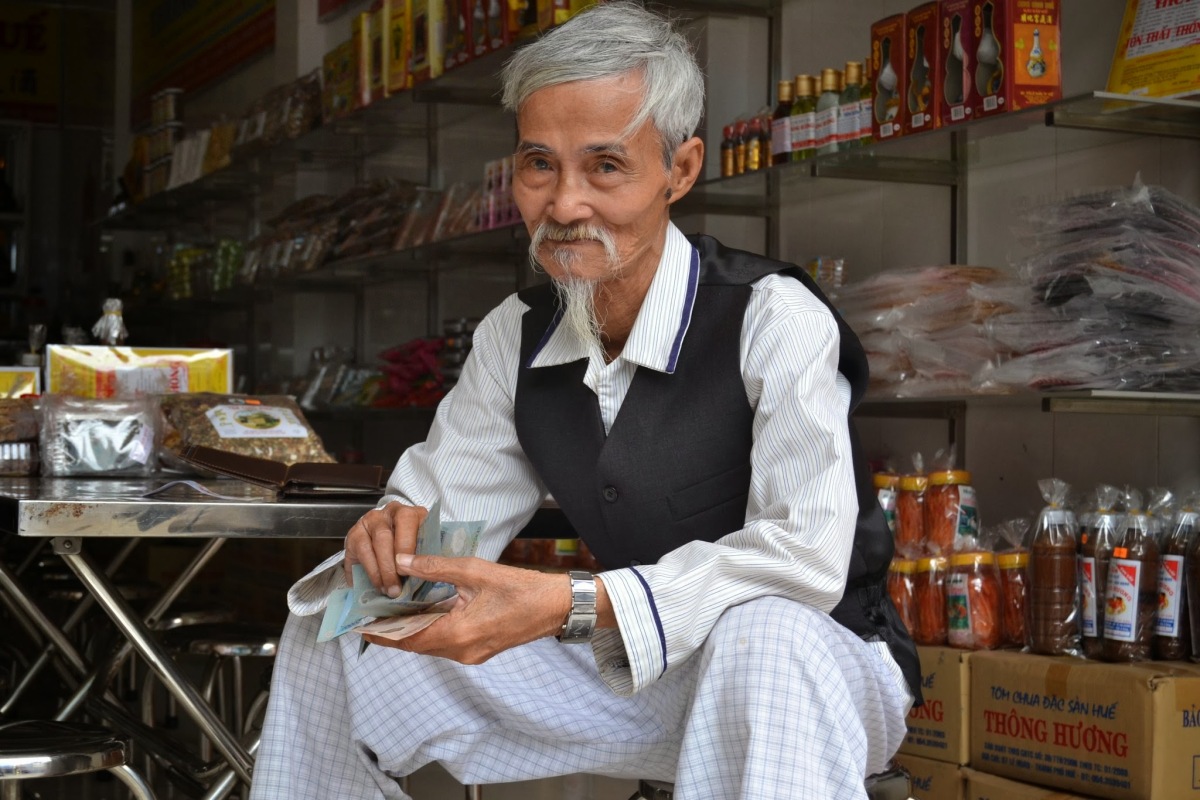 He reminds me of the classic image of Ho Chi Minh mixed with the Kill Bill master, Pai Mei. He was counting a decent amount of money in front of a large store that looked to be selling herbal and organic medicines.