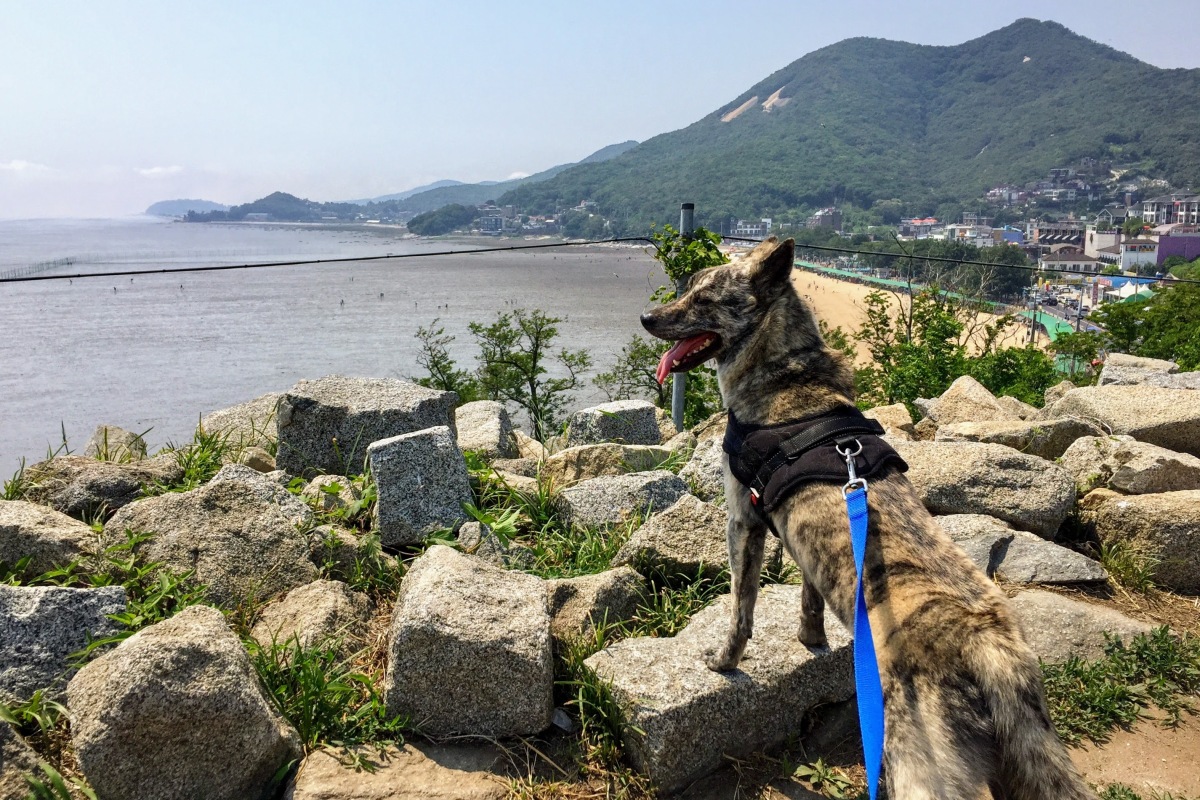 One Sunday, we got moving too late for the beach, so we headed to an island north of Incheon at the headwaters of Seoul’s Han River, adjacent to North Korea, Ganghwado (강화도). There were ancient Bronze Age settlers long ago who made some rock sculptures, but since then, there’s been very little happening on this island. Although there’s two episodes of white people trying to open up the Hermit Kingdom that didn’t end well on Ganghwado. Once, the Koreans massacred some French missionaries who were preaching there leading to a brief French invasion of the island in the 1870’s. And another, the USS Sherman got stranded in Pyongyang in 1866, sailors tried to establish a connection, wires got crossed and the Koreans killed the sailors and burned the ship. A few years later, American forces occupied Ganghwado “peacefully” until they were fired on, resulting in a brief skirmish before reoccupying.

We stopped for a late lunch and ate some bibimbap (비빔밥) and doenjang (된장) soup at a cute little place with their own garden. 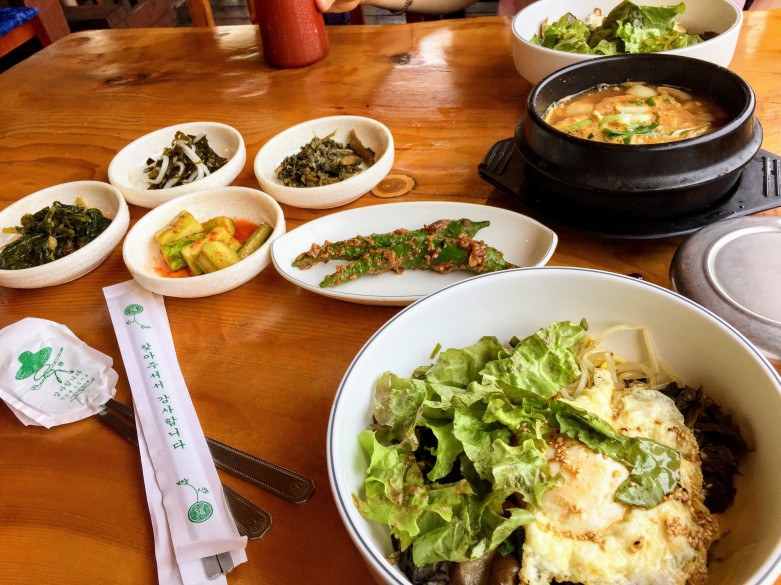 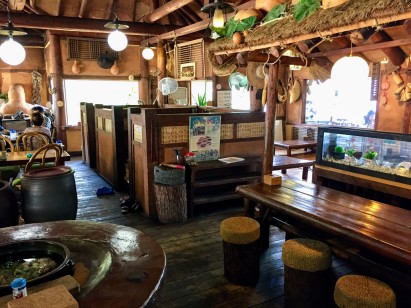 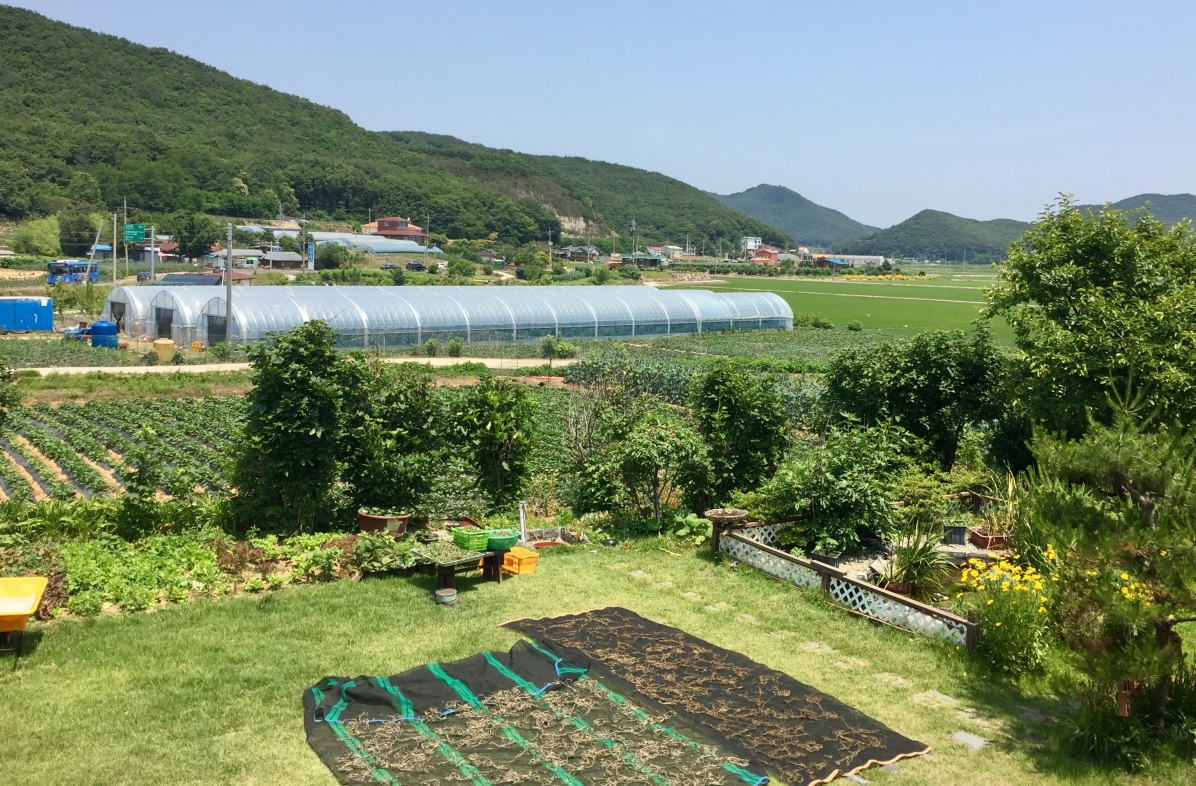 Then, we went to the “beach.” I cannot express how much of a letdown Korea’s muddy beaches are. The sand is soft, the sun is hot, the beer is cold, the ramen is spicy, but the water is missing! Korea’s West Sea, China’s Yellow Sea is a tidal nightmare for bathers but a boon for clam diggers. 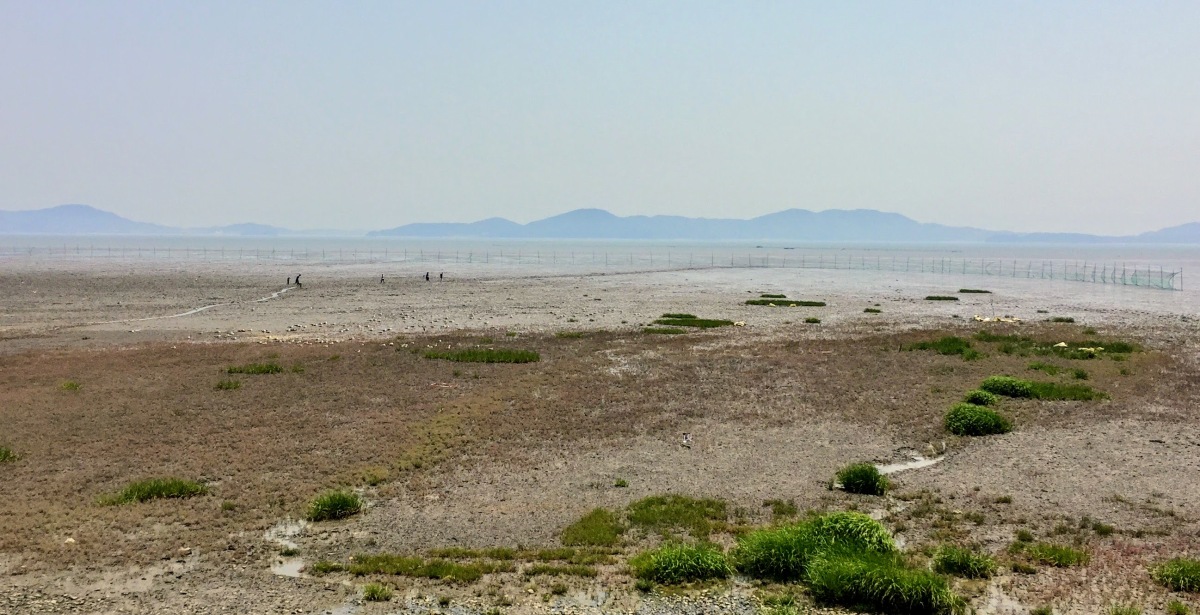 Mud, as far as the eye can see. When there is water, it’s ankle deep. So, there was no swimming, but plenty of muddy squelching sounds as we walked along the shore.

There was an old fortress on a hill and Hershey kept guard as we took some pictures of the ships docked in the mud port. 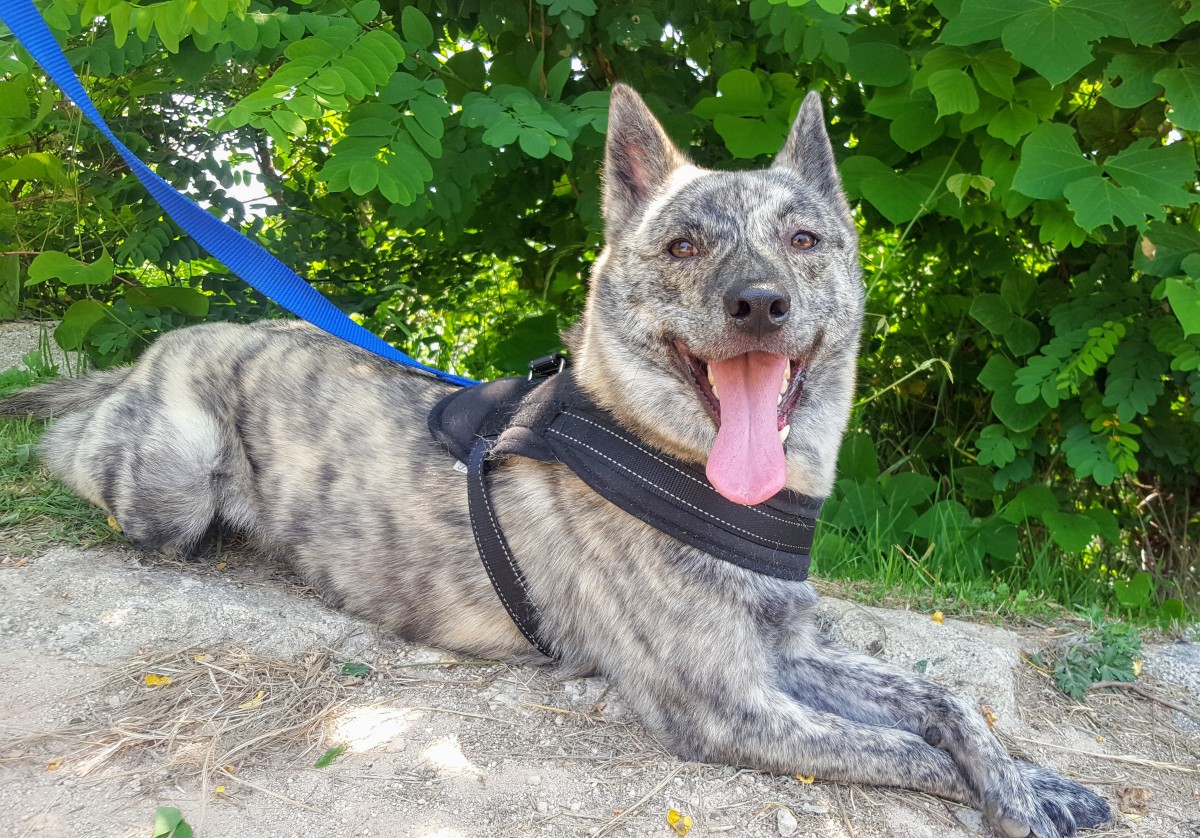 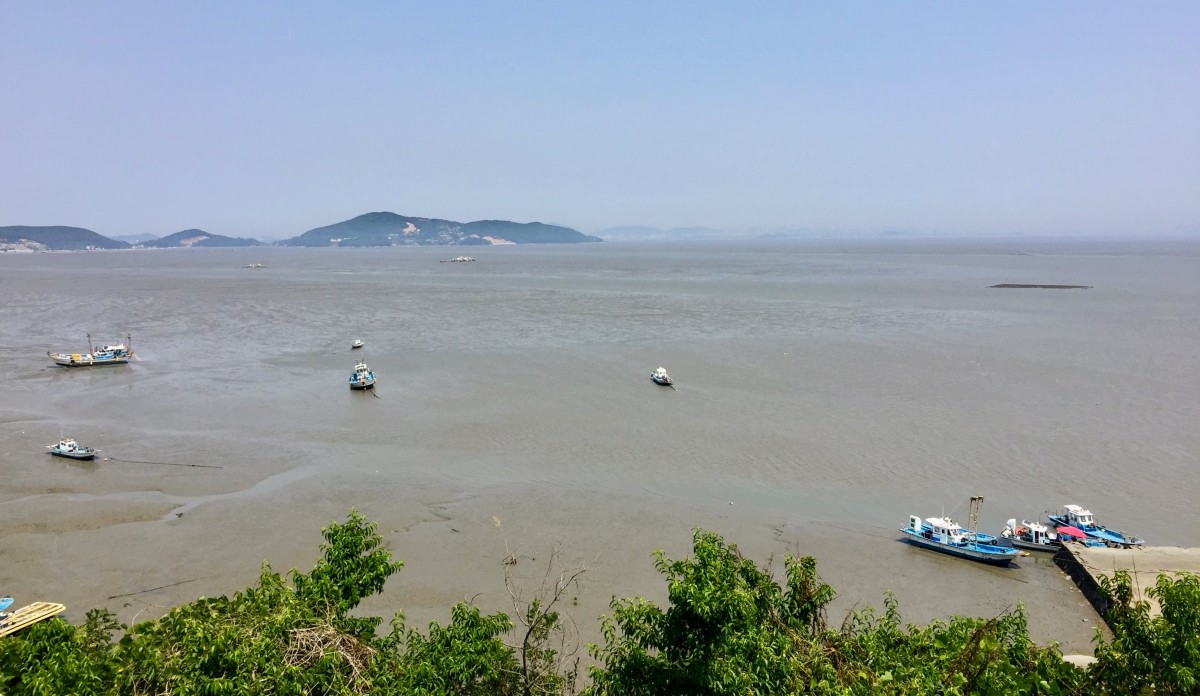 The shallow water makes a good environment for shrimping, so we indulged in some fried goodness, took some home in a bag and good luck guessing what that man is scooping. Jordyn wanted to buy so much, I told her, “one unknown red seafood mush is plenty.” She complied, but bought those little mud crabs marinated in soy sauce too.

There are car transport ferries to get you around to the many little surrounding islands. 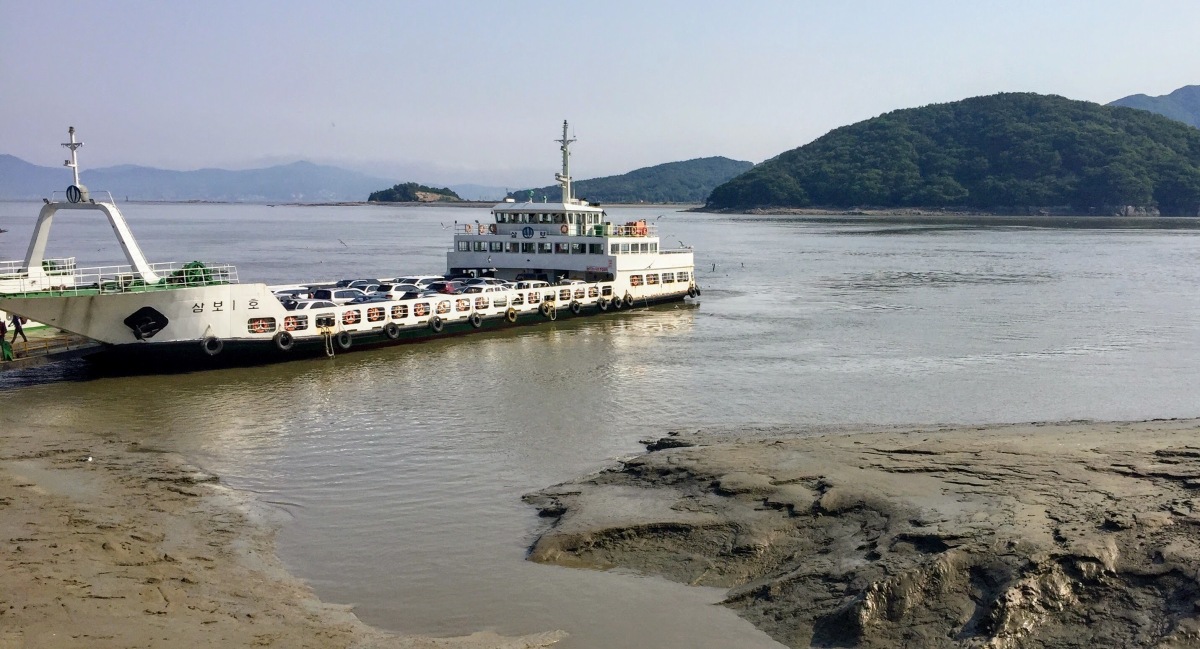 There was a Jindo dog statue and Hershey is the Japanese version.

We had a good time, and brought home some delicious ginseng makkeolli in addition to the shrimp, weird seafood and crabs.