North of Ho Chi Minh City lies the extraordinarily extensive Vietcong tunnel system. It is the longest hand dug tunnel in the world, at over 250km of connecting labyrinthine clay tubes. They used these tunnels for their guerilla fight against the French and Americans. They planted hidden explosives and spiked trap doors among the fallen foliage. They used the discarded foreigner’s trash to mask the scent of their ventilation tubes. The walked with their shoes on backwards to confuse trackers. They successfully practiced the “hit and run” style of warfare. Our tour guide, Billy, said the war was like an extended episode of Tom and Jerry. Vietcong (Jerry), smaller and quicker, with a small, impenetrable hole in which to hide; and America (Tom) bigger and increasingly desperate. Vietnamese would sneak into USA camps at night and steal supplies (probably also cheese, just like Jerry would). The tunnels were tight, crawling room only in places. We could only do about 120 m. I would have explored more if they let us, but that’s only because I know they were unoccupied. I can’t imagine the dread of living there, constantly aware of possible attacks from above, or the immeasurable fear of looking for enemies hunched over in the dark inside their tunnel. It was an impressive exhibit, concluded with the chance to fire (35,000 dong per bullet) any of the seven major rifles used in the war. Our tour guide fought for the ARVN, and after 1975, being a lieutenant, spent 6 years in a prison “re-education” camp. It’s history, and rarely is it possible to so tangibly feel the experience first hand. 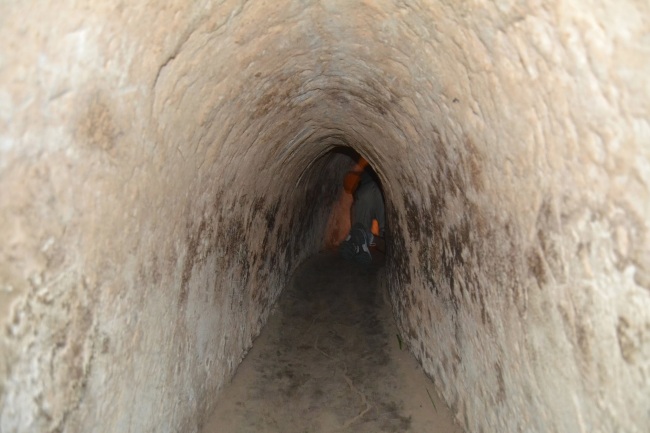 You can see how low the man in front of me is crouched. 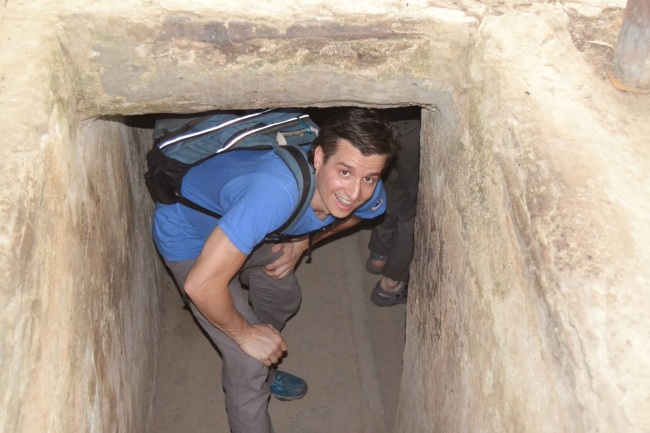 There was a good bit of apprehension masked behind that excited smile. 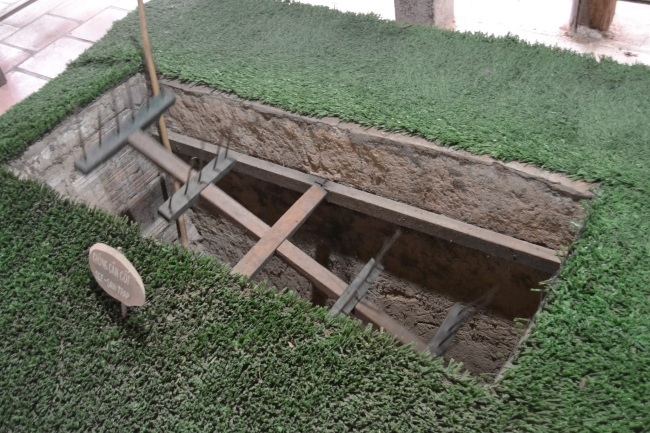 The VC traps were home made in appearance but viciously effective. There were about eight different varieties, all involving spikes in sensitive areas of the body.

We also visited a temple that is dedicated to three different deities. It’s hard to understand from broken English information, but the meditation ceremony involved instruments, incense and incantations. The adherents were mostly older and seemed accustomed to tourists walking around during their quiet time. It was much grander inside than I was expecting. 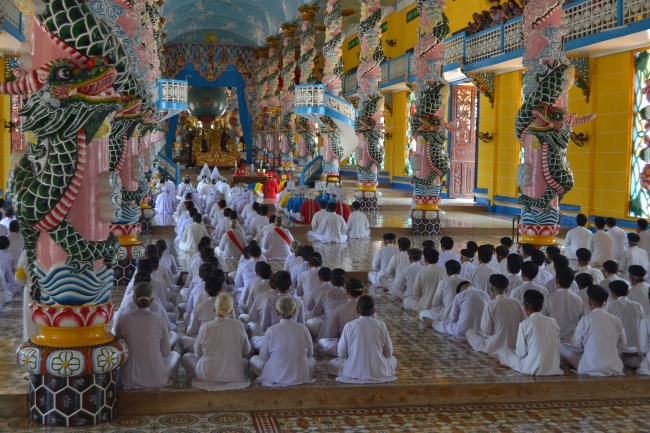