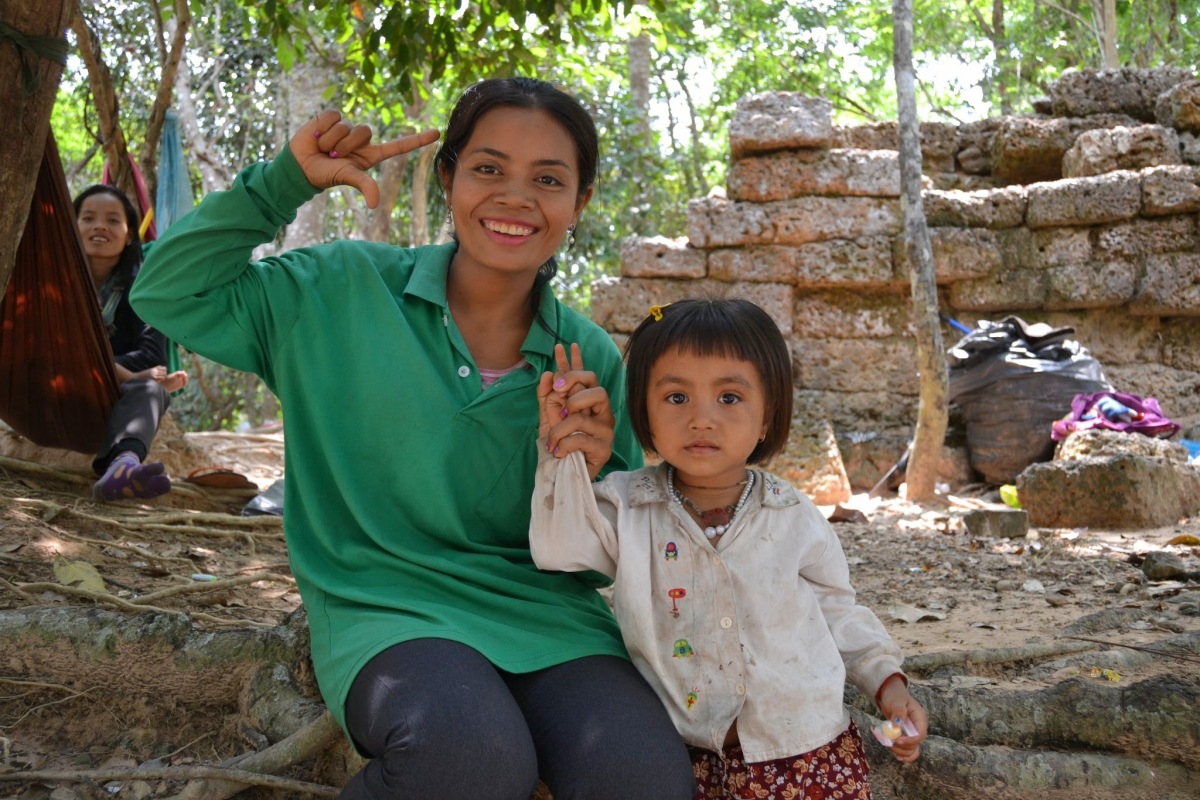 The ancient Ruines d’Angkor are awesome. They give a glimpse into the past. They also give a glimpse of the Cambodian present. The ravages of a brutal Civil War and genocide, the collateral damage of the Vietnam War, the century long suppression under French colonialism, the never-ending feuds of territory with China, Thailand and Vietnam have produced a very poor country with a rich history and booming tourism. The tourist dollars are pouring into the main cities, but this mostly agrarian country still works hard for its money…or begs for it. Even the kids selling the ubiquitous postcards, “10 for a dollar mister. Look, 1,2,3,4…Come on. Help me out” sound like they’re begging even though they are offering a “service.” The middle aged ladies hawking the same scarves, the same dresses, the same bags, the same magnets, the same trinkets, the same t-shirts, the same same, not different have the same routine, “Buy for your girlfriend, your mother, your sister. Very cheap, very good, made in Cambodia silk.” It’s like they are all given a supply from the same store and sent out over the huge grounds of Angkor like some poor roving salesman with a tattered suitcase full of “amazing” cleaning supplies. I’m sure some people buy it. Some people might give money out of sympathy. Some people just shake their head in varying shades of disgust and annoyance. I started to look at them instead of the traditional, “No thanks, it’s okay.” I looked at their eyes, their clothes. I talked to them. I asked them questions. They speak better English than they are aware. As soon as I told a young boy he has special golf hat on or a girl that she was pretty, they smiled and forgot to see me as money on legs. They talked to me also. We didn’t discuss important things, we just commented on the situation. I quizzed the kids on world capitals. I asked the girls if they were all friends. I asked them if they like Angkor, and all said yes. I smiled and felt important with all their attention lavished upon me because I might have a spare dollar in my wallet meant for them. It’s a big job to squeeze all the money out of tourists while they are here at these mighty ruins. They give that big job to the smallest people. 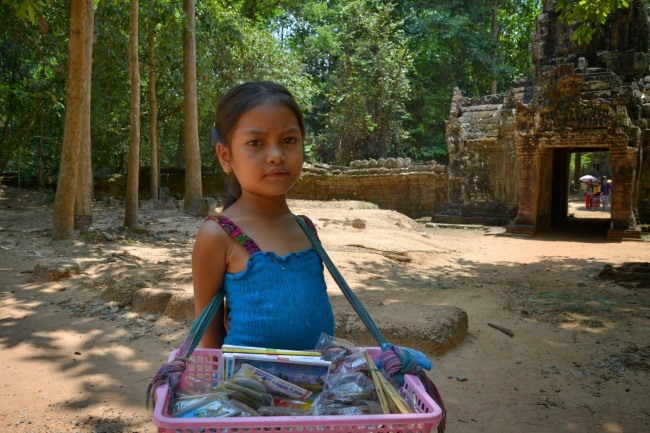 “You come back here and buy from me mister, not her, okay?” 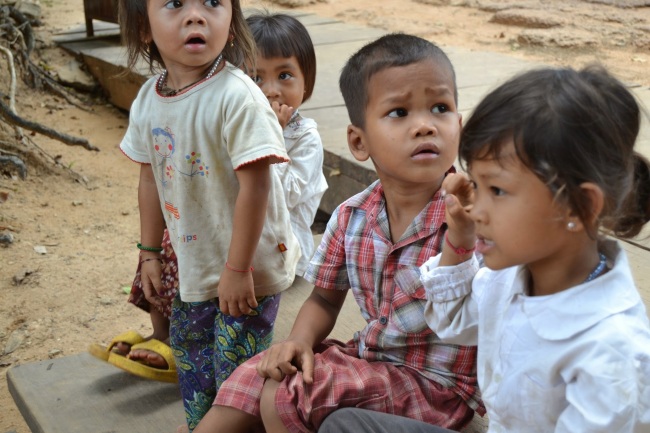 They were lined up for pictures and donations. 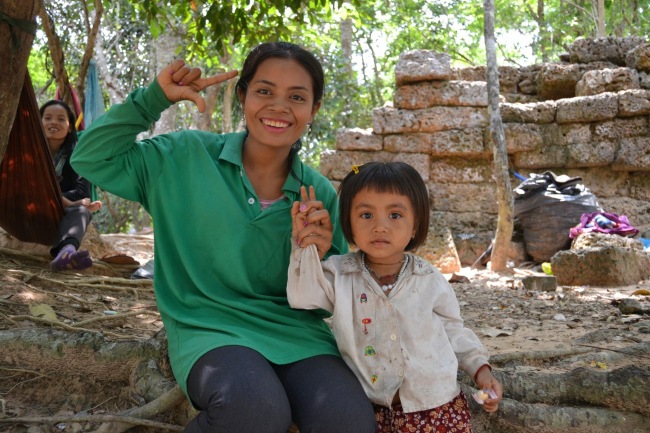 Lying in a hammock, she popped right up to show me her daughter. 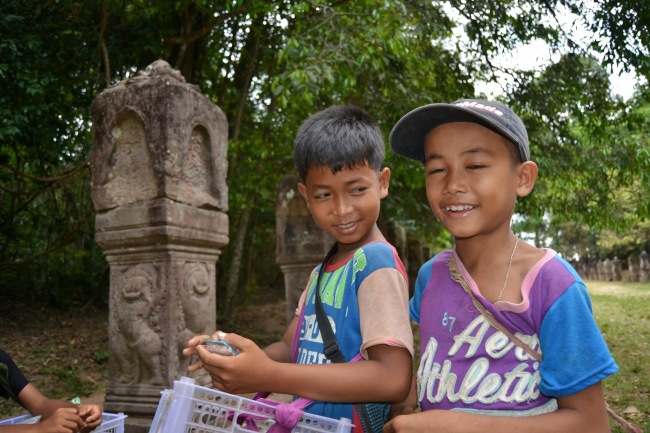 They were making jokes about me in Cambodian I think. 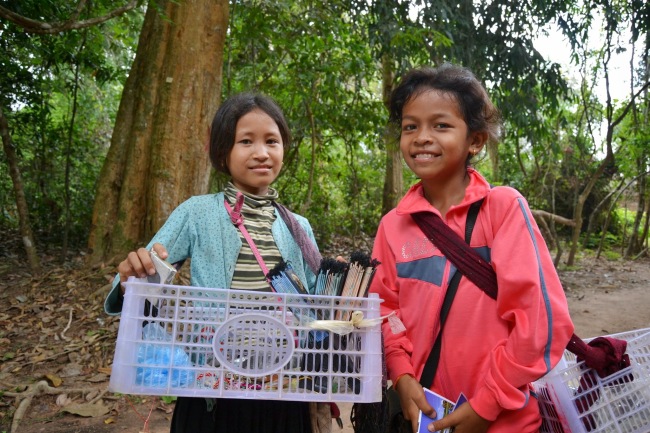 The girl on the left has such an old face. She’s ten going on forty. Look at the troubled smile compared to her friend. 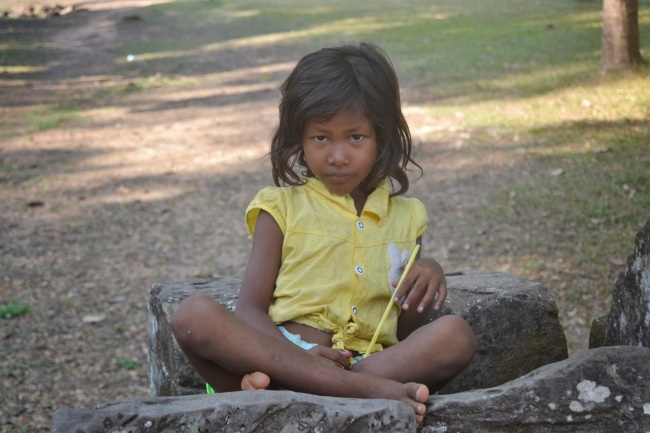 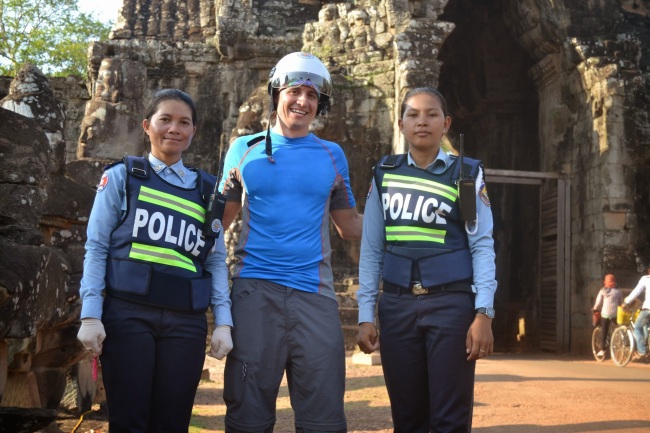 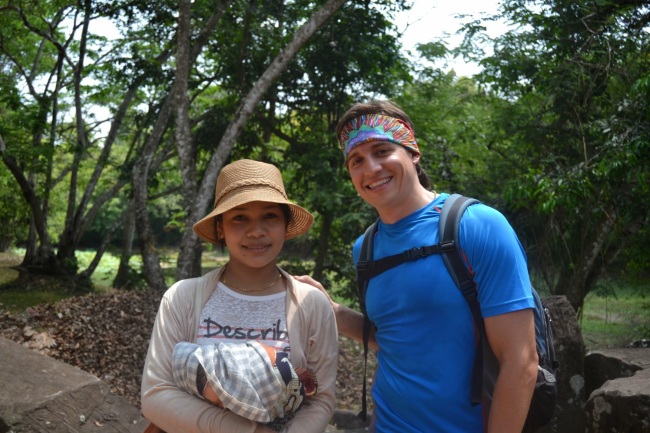 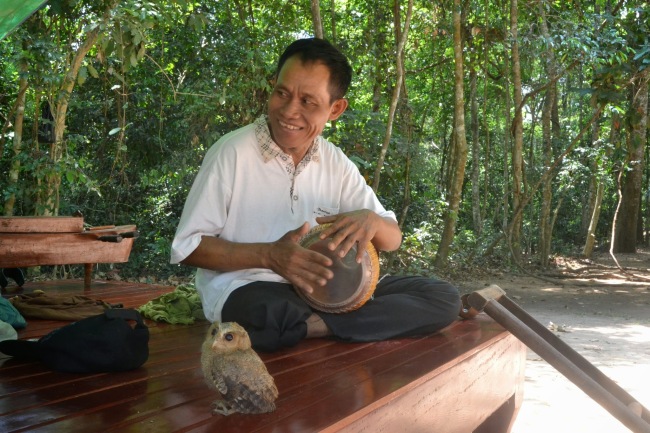 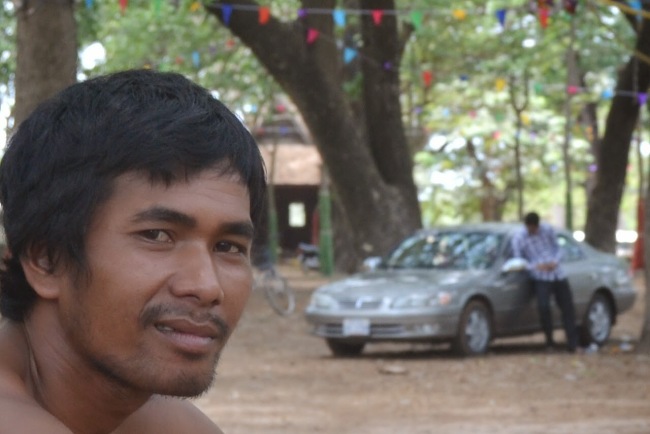 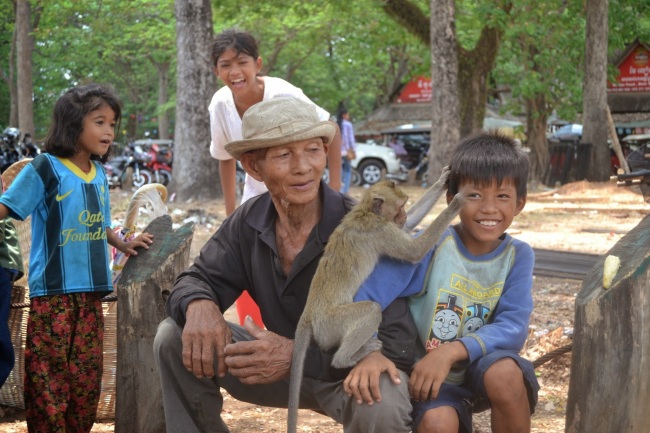 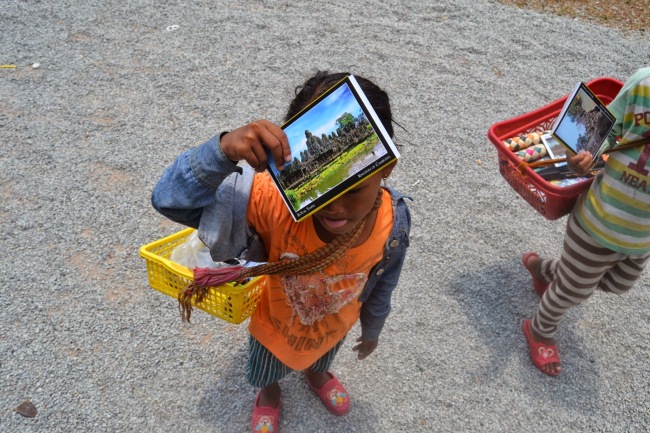 “One picture, one dollar mister!!” 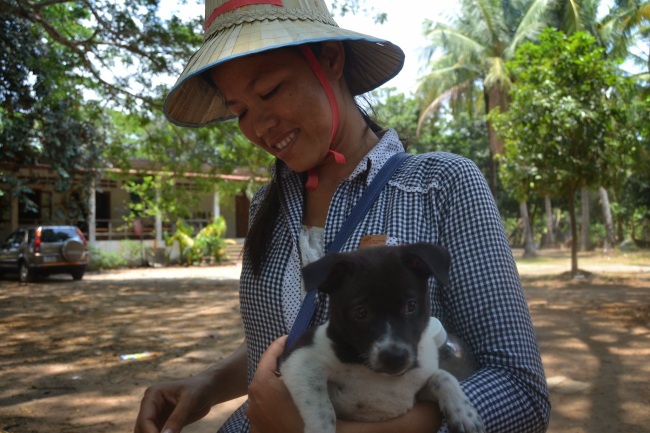 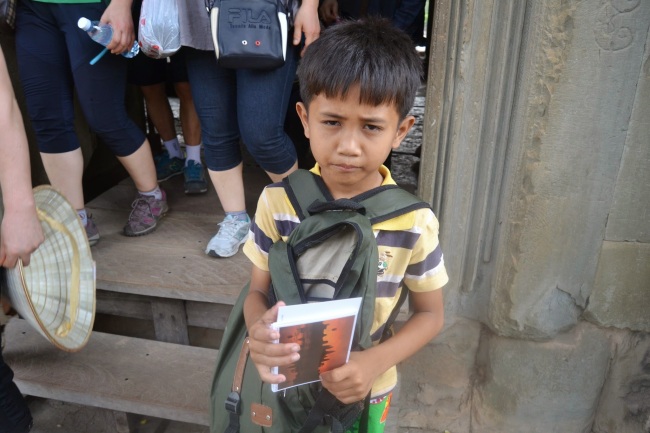 This young guy had such a whining approach. “Buuuuuuuuuuuuuuy one, eeeeaaaaaa.” He started crying eventually. He followed me for ten minutes even when I sat down to get a rock out of my shoe. 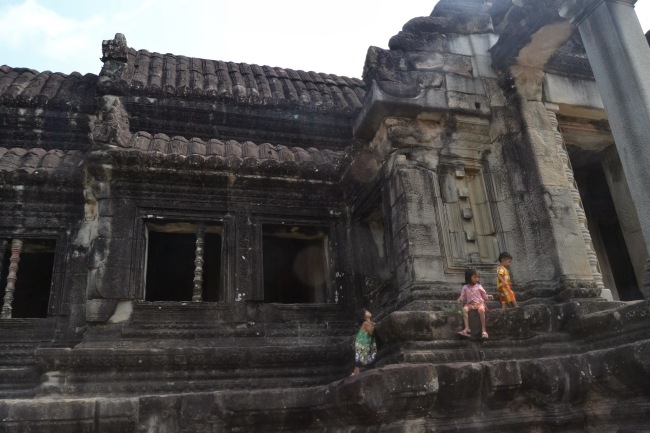 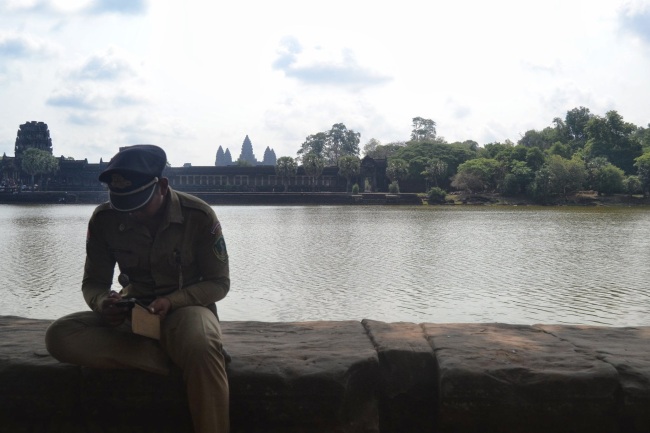 I understand the salesman’s need to A.B.C. (always be closing). I can pretend to understand how hard it must be for some of these kids and parents. I don’t understand where they came from or where they’re going. Perhaps things will work out for them and it won’t be a never-ending cycle of begging/selling.

4 thoughts on “Temples of Angkor ~ Workers and Hustlers”