A stonemason, running away from religious persecution, founded the smallest republic of the E.U. around 300 C.E. They were under constant threat from armies in the modern era, but with charming diplomacy, were granted the sovereignty of their small union of 24 sq. km. upon a mini-mountain overlooking the Adriatic Sea. I was driving down the winding roads from Ravenna and in the distance, many miles away, I could swear to see a castle on a hill, in the direction where San Marino should be. I was right, you can see this country from at least 100km away.

This was the castle I saw. I had to run up the steep stairs leading to the city entrance to make it for sunset.

I was proud of my quick hike and snapped a selfie.

The town was empty, until I got to the top. Tourists of all shapes, colors and camera lenses were lining up for the opportunity to get this background.

From the other side, you can see the winding streets and large houses of a very wealthy country.

If you look in the distance, that is the Adriatic. I remembered being on top of a mountain in Pyeoncheong, Korea (about 1,000m), brutally shivering in the Siberian winds, and seeing a similar sight of an ocean in the distance. It feels so magical to me to look out upon a land from great heights. Maybe that’s why people climb Mt. Everest. This is far from the highest peak in the world. It is only about 700m high, but rewardingly expansive.

These poor old-timey role players probably make the same smile all day. They were pleasant though. Cute country. 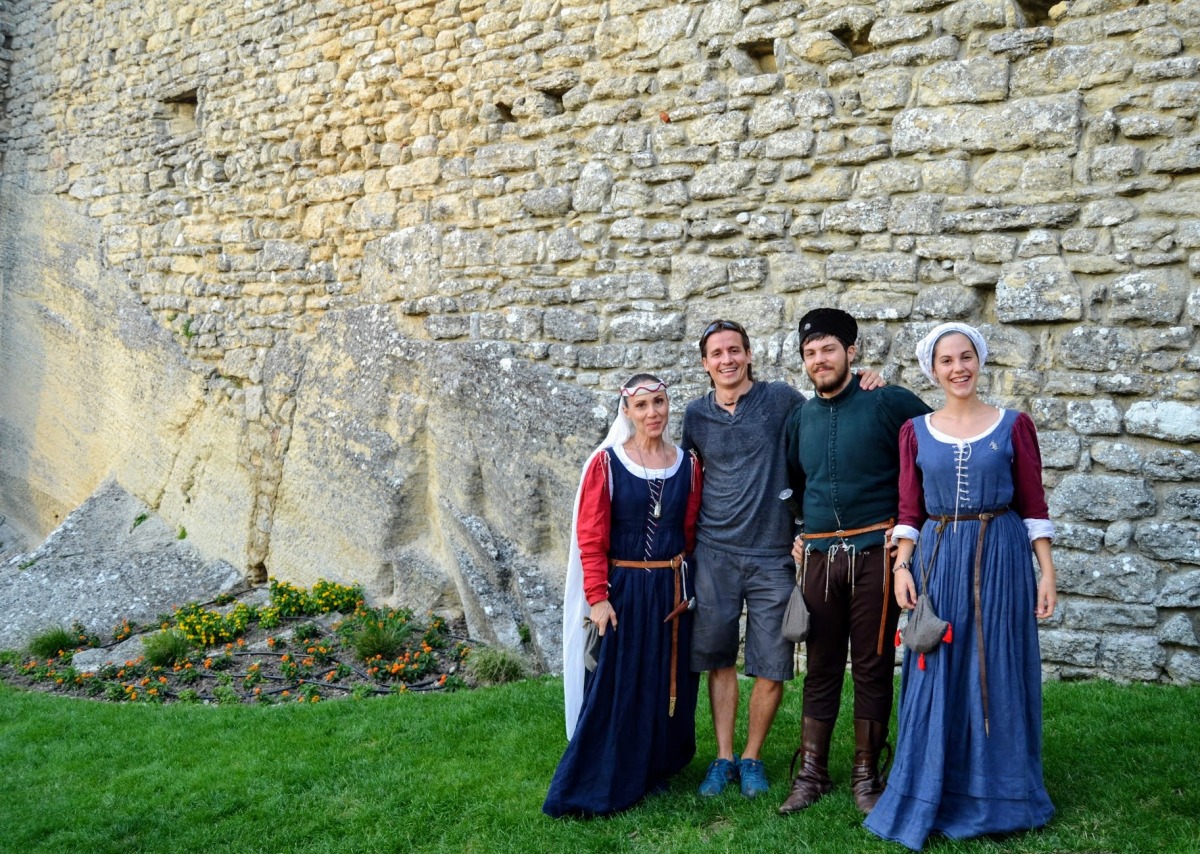 One thought on “San Marino Sunset”