The winter in Korea is brief but harsh. January and February’s air holds a pure and constant chill, permeating skin and infecting the bones with an icy fever. The ubiquitous sauna can assuage the frost, but the best remedy for melting the snowman inside remains Korean soup. It comes in many fashions, with two main types: Jiggae, a stew formula; and tang, a brothier cousin. Under those umbrellas lie some mystically delicious recipes. Here is my list for the current winter season.

We start with my ultimate comforter. It’s chuahtang. Tiny, ground up mudfish make for a spectacularly thick and hearty broth with noodles, rice and green veg.

Next, at a nice riverside restaurant, we ate homemade kalguksu, which are hand-cut noodles in a creamy broth. Also pictured is kimchijeon (kimchi pancake) and mandu (dumplings). 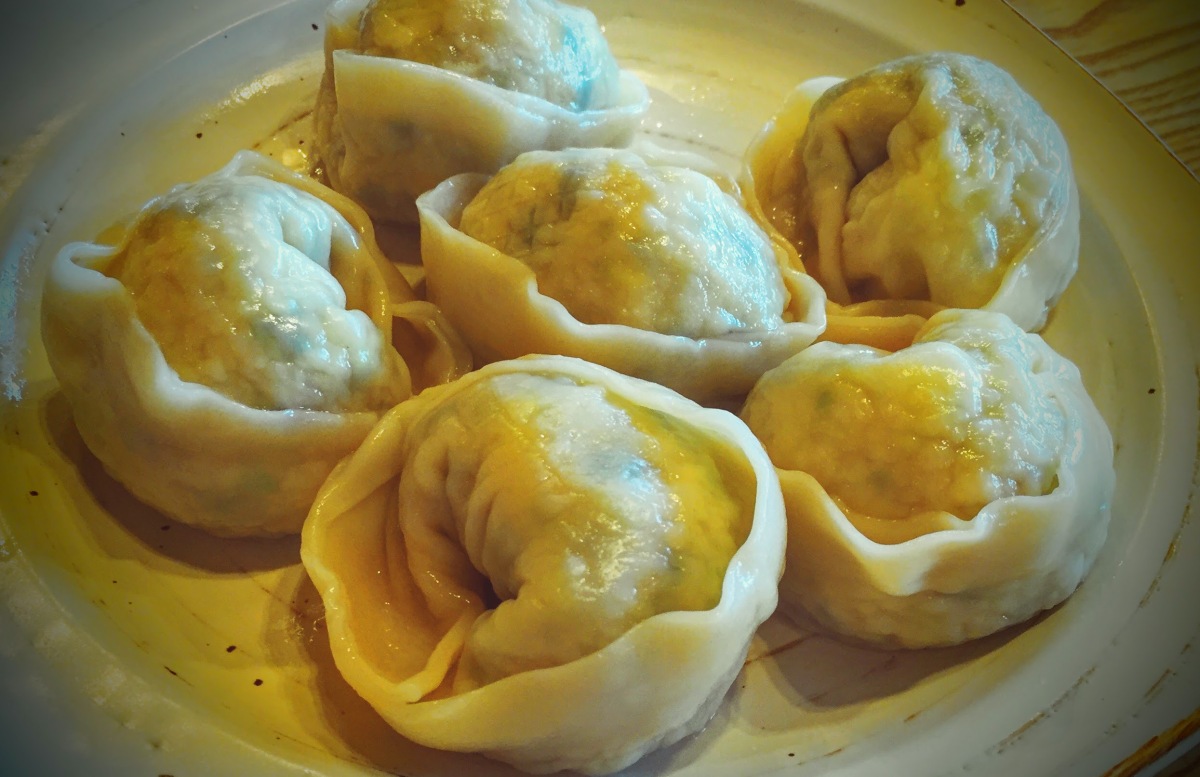 This is sundaejiggae (blood sausage stew). It’s a hangover or pre-bedtime food usually. Spicy and filling, but with a tendony texture that might not be for everyone.

These are amazingly simple but delicious North Korean style mandu (dumplings). The thin broth is fantastic, the pajeon (green onion pancake) is fried perfectly, and the spicy soup was just right.

Near the Seoul Arts Center in Seocho, there is a famous beef gukbap restaurant. The place was packed on a Saturday afternoon. Every table was eating the same thing: either this tender beef soup, or barbecuing meat at their table. The place was full of smoke and great smells.

Seolleongtang (oxtail soup) is a shockingly thin gruel with nothing but boiled bone broth, green onion and some slivers of brisket. You add the rice, salt and pepper. The simplicity makes it ever so healing.

The sister soup of seolleongtang is this, gomtang. I honestly don’t know the difference, but I believe in its salubrious powers.

Here we have a shared pot of gamjatang. It’s got crock pot softened pork leg, potato, onion and mixed veg in a spicy broth. It’s massively filling. You’ll need a walk after consuming this.

Our first meatless soup is a stomach settling sundubujiggae. It’s tofu soup mixed with kimchi, turnips and spicy broth. Some varieties have clams or mussels. 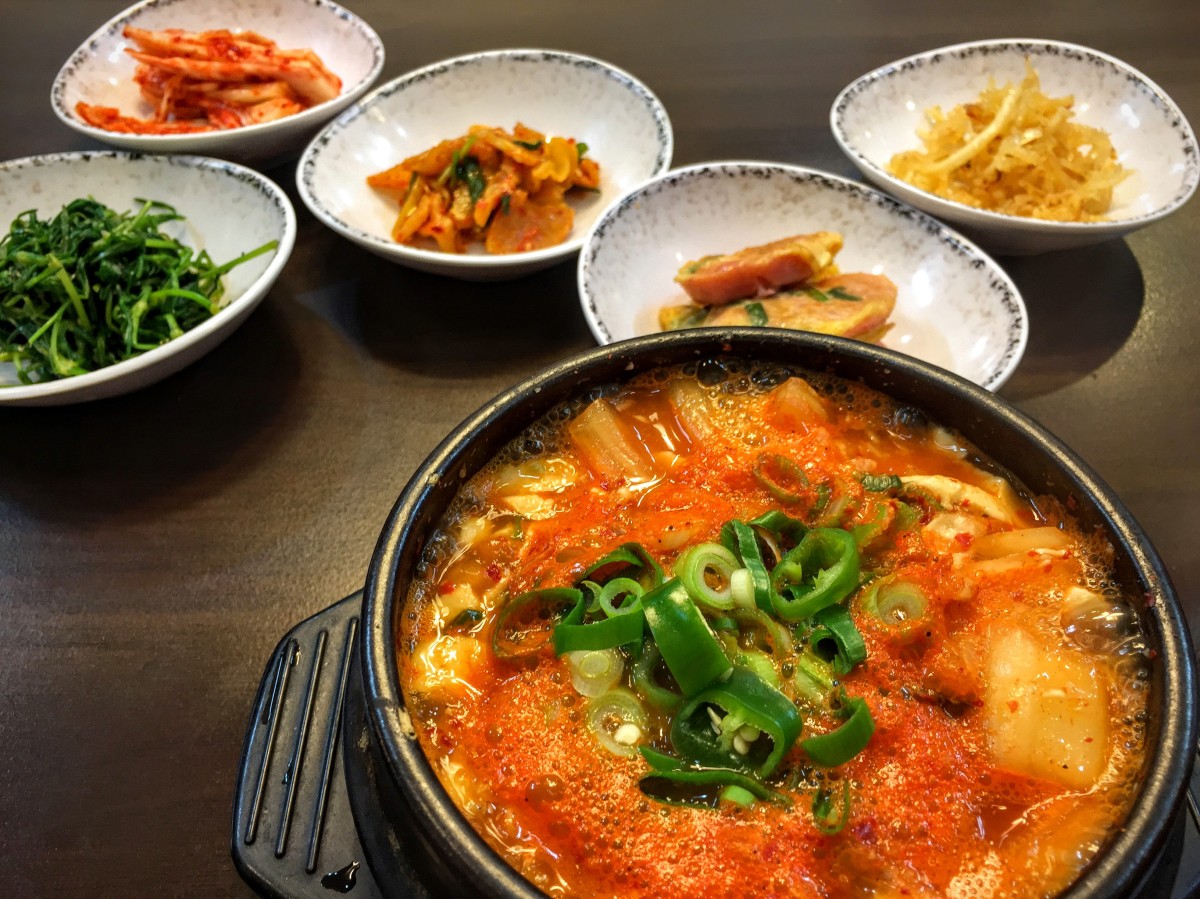 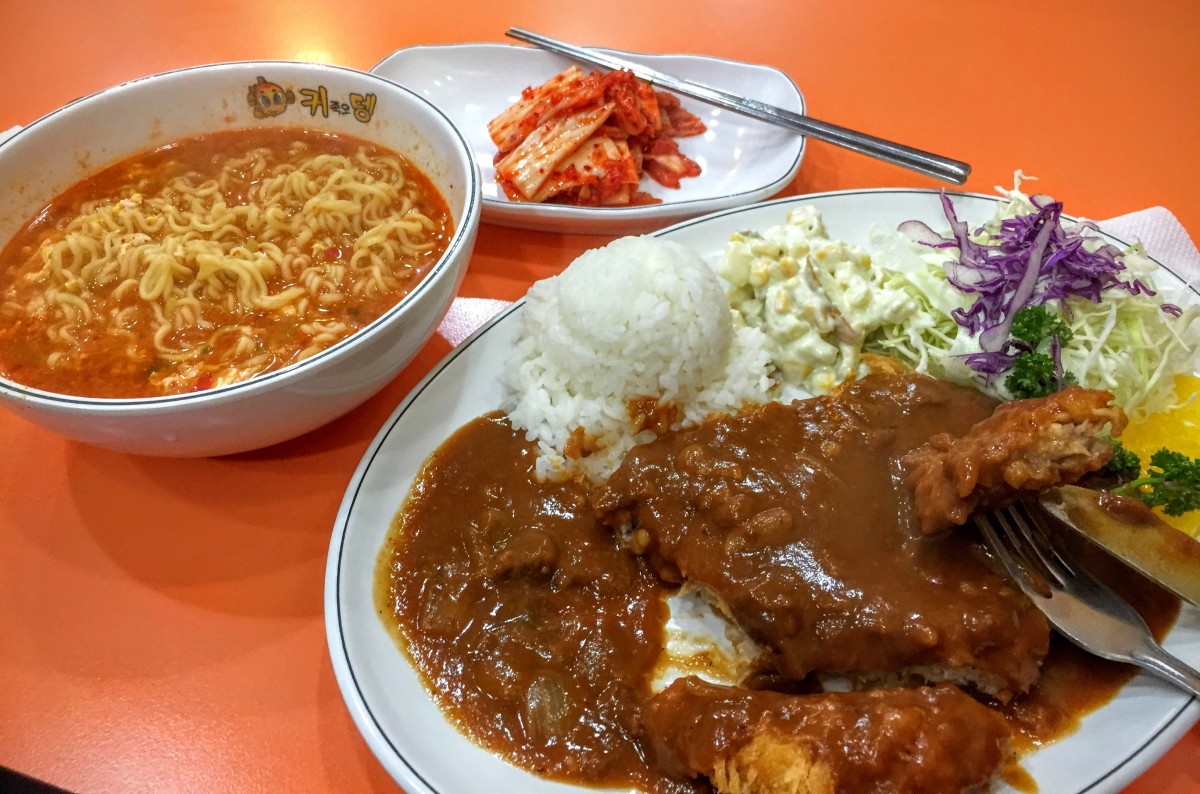 A super simple late night snack soup is kongnamulguk. It’s just bean sprouts and green onions. This place gives you an egg to toss in for some extra substance. The rumor is that this soup gives men…power. <wink>

Outside of Seoul, in Namyangju, is this amazing mushroom and whole duck soup. The broth is full of fatty bubbles, matched with the massive pile of green onion and some potatoes and carrots at the bottom. I felt pleasingly full afterward, not uncomfortable, but definitely walking slowly.

Buddaejiggae (army stew) might be one of the craziest and most anachronistic dishes in Korea. During the Korean war, poverty and hunger were rampant, but not for American soldiers. In fact, they had extra, and gave the leftovers to their Korean partners. Thus, we find this patchwork potion of hot dogs, spam, ground beef, beans, tofu, kimchi, ramen and onion. The magic is hard to understand until tasted. It always reminds me of The Simpsons, of Seymour Skinner’s flashback to the food he was served in his Vietnamese prison: “…I spent the next three years in a POW camp, forced to subsist on a thin stew of fish, vegetables, coconut milk and three kinds of rice. I came close to madness trying to find it here in the States, but they just can’t get the spices right!” 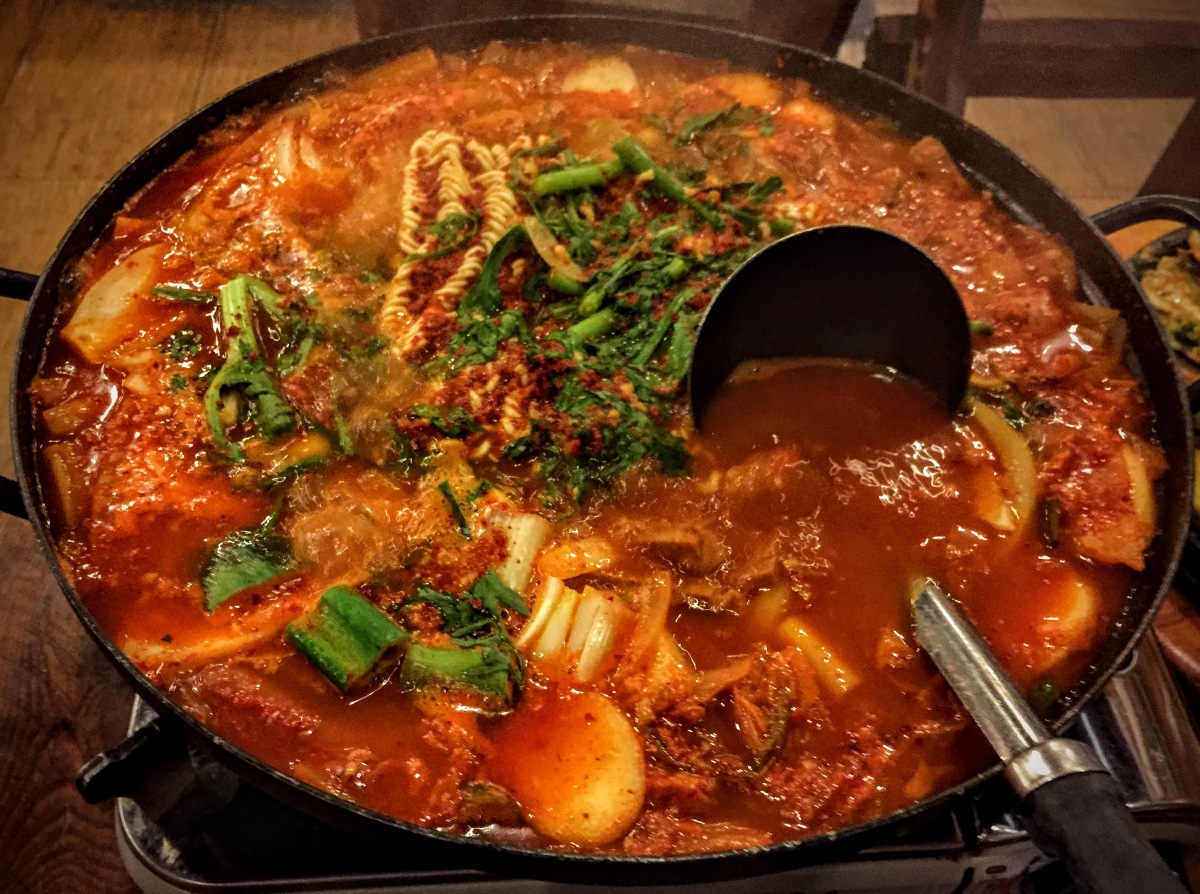 Fermented soybeans might not sound good, but don’t knock it until you try it. Doenjang jiggae is tofu and those same soybeans mixed with turnips and kimchi. It’s a very common soup served free or at the most 2$ a bowl at many BBQ restaurants. It’s great for the body.

I know I left out some others, like a personal favorite, samgyetang, (chicken soup) which is sometimes considered a summer food, but the food options never end here in South Korea. Es ist eine kulinarische wunderland or il paradis culinaire.

(I’ve been watching Netflix with subtitles and google translate is so fun.)

2 thoughts on “Winter Soups in Korea”